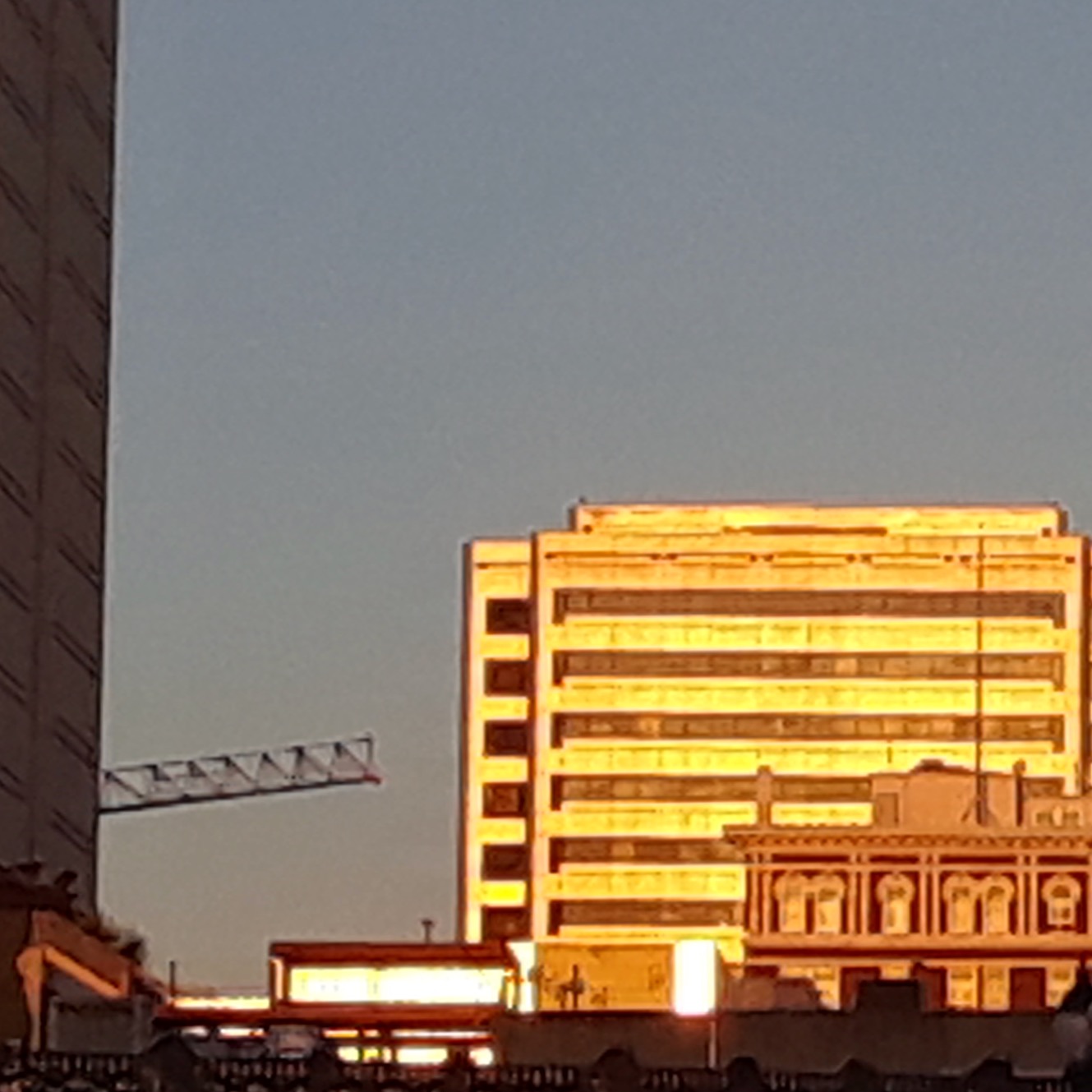 In his book A Vision, Yeats writes

“I think if I could be given a month of antiquity and leave to spend it where I chose, I would spend it in Byzantium (modern Istanbul) a little before Justinial opened St. Sophia and closed the Academy of Plato [i.e., ca. A.D. 535]… I think that in early Byzantium, maybe never before or since in recorded history, religious, aesthetic, and practical life were one, that architects and artificers…spoke to the multitude in gold and silver. The painter, the mosaic worker, the worker in gold and silver, the illuminator of sacred books were almost impersonal, almost perhaps without the consciousness of individual design, absorbed in their subject matter and that the vision of a whole people.”

My idea was for a symmetrical structure:

“Mortality” means human emotion and passion, which I wanted to convey by the freneticism of the instruments in the first section and with a very lyrical vocal line. The “Byzantium” theme, first heard on the harp in measure 2, is supposed to be a sort of call-to-prayer, in the sense of a Muslim adhan, or a fragment of plainchant. In the first section, though, it’s perverted into a drunken waltz coming after the words “sensual music.”

Sections 2 and 4 are passacaglias, representing a withdrawal from life. It is not an entirely melancholy withdrawal, though; instead, death is considered as a passage, from the fragile and transitory states comprising mortality, to transcendence and peace that come from passing beyond the mundane things of this life.

The third section contrasts the first section; in his mind, perhaps as a daydream, Yeats has left the vicissitudes of life behind and arrived in Byzantium. The fugato at the beginning and circulating through this section represents Byzantium in two ways. One is its austerity, the opposite of the youthful restlessness that characterized the first section. I think this section - the instrumental interlude before “O sages burning…” can be slower than the tempo marked. Second, the fugue is an analog of the Byzantine mosaics, in which fragmentation is not fragmentary. Unlike the passing incomplete fancies of human life, the tiles in a mosaic are unified to create a higher order, a geometrical image or the image of a saint. It is against this mosaic that the poem is sung as an incantation; the singer is one of the sainted figures portrayed in a mosaic, and her voice is rising out of it.

The last section is a bittersweet and anticlimactic reprise of the earlier passacaglia. For both sections 2 and 4, the melody is set in simple pentatonic fragments to suggest artlessness, conveying the earnestness of Yeats’ desire to escape desire.

There’s one very personal and subjective element - the reason I set much of this piece, especially the second and fourth sections bitonally, is because when major and minor thirds clash I always see an image of light falling on burnished metal, which is an is something I can equate with a mosaic on a temple wall at sunset.